A Reason to Be

Because no existing Order or association was able to meet this pressing need, the Order of Saint John Chrysostom has a clear mandate to exist and thrive, for which reason its members ask for God’s blessings and the intercessions of the Order’s heavenly patrons. Left: a book that illustrates “the trouble with existing orders:

The Templars, the Hospitallers, the Teutonic Knights and the Knights of the Spanish and Portuguese orders were `noblemen vowed to poverty, chastity and obedience, living a monastic life in convents which were at the same time barracks, waging war on the enemies of the Cross’. These military religious orders emerged during the Crusades as Christendom’s storm troopers in the savage conflict with Islam. Some of them still exist today, now devoted to charitable works.

‘The Monks of War’ is the first general history of these orders to have appeared since the eighteenth century. Writing in The Times Literary Supplement, Professor David Knowles described it as, `Undeniably the work of someone who knows and accepts the standards of critical history, but … who sees the past also as an epic or a colorful spectacle’.

3. By meeting far from the longstanding disputes of the “Old World”, we experience with a particular sense of urgency the need for the shared labour of Catholics and Orthodox, who are called, with gentleness and respect, to give an explanation to the world of the hope in us (cf. 1 Pet 3:15).

5. We are pained by the loss of unity, the outcome of human weakness and of sin, which has occurred despite the priestly prayer of Christ the Saviour: “So that they may all be one, as you, Father, are in me and I in you … so that they may be one, as we are one” (Jn 17:21).

6. Mindful of the permanence of many obstacles, it is our hope that our meeting may contribute to the re–establishment of this unity willed by God, for which Christ prayed. May our meeting inspire Christians throughout the world to pray to the Lord with renewed fervour for the full unity of all His disciples.

7. In our determination to undertake all that is necessary to overcome the historical divergences we have inherited, we wish to combine our efforts to give witness to the Gospel of Christ and to the shared heritage of the Church of the first millennium, responding together to the challenges of the contemporary world. Orthodox and Catholics must learn to give unanimously witness in those spheres in which this is possible and necessary. Human civilization has entered into a period of epochal change. Our Christian conscience and our pastoral responsibility compel us not to remain passive in the face of challenges requiring a shared response.

8. Our gaze must firstly turn to those regions of the world where Christians are victims of persecution. In many countries of the Middle East and North Africa whole families, villages and cities of our brothers and sisters in Christ are being completely exterminated. Their churches are being barbarously ravaged and looted, their sacred objects profaned, their monuments destroyed. It is with pain that we call to mind the situation in Syria, Iraq and other countries of the Middle East, and the massive exodus of Christians from the land in which our faith was first disseminated and in which they have lived since the time of the Apostles, together with other religious communities.

13. Interreligious dialogue is indispensable in our disturbing times. Differences in the understanding of religious truths must not impede people of different faiths to live in peace and harmony. In our current context, religious leaders have the particular responsibility to educate their faithful in a spirit which is respectful of the convictions of those belonging to other religious traditions.

14. Christian communities undertake notable works in the fields of charitable aid and social development, providing diversified forms of assistance to the needy. Orthodox and Catholics often work side by side. Giving witness to the values of the Gospel they attest to the existence of the shared spiritual foundations of human co–existence.

15. At the same time, we are concerned about the situation in many countries in which Christians are increasingly confronted by restrictions to religious freedom, to the right to witness to one’s convictions and to live in conformity with them. In particular, we observe that the transformation of some countries into secularized societies, estranged from all reference to God and to His truth, constitutes a grave threat to religious freedom. It is a source of concern for us that there is a current curtailment of the rights of Christians, if not their outright discrimination, when certain political forces, guided by an often very aggressive secularist ideology, seek to relegate them to the margins of public life.

16. We call upon Christians of Eastern and Western Europe to unite in their shared witness to Christ and the Gospel, so that Europe may preserve its soul, shaped by two thousand years of Christian tradition.

17. Our gaze is also directed to those facing serious difficulties, who live in extreme need and poverty while the material wealth of humanity increases. We cannot remain indifferent to the destinies of millions of migrants and refugees knocking on the doors of wealthy nations.

19. The family is the natural centre of human life and society. We are concerned about the crisis in the family in many countries. Orthodox and Catholics share the same conception of the family, and are called to witness that it is a path of holiness, testifying to the faithfulness of the spouses in their mutual interaction, to their openness to the procreation and rearing of their children, to solidarity between the generations and to respect for the weakest.

20. The family is based on marriage, an act of freely given and faithful love between a man and a woman. It is love that seals their union and teaches them to accept one another as a gift. Marriage is a school of love and faithfulness. We regret that other forms of cohabitation have been placed on the same level as this union, while the concept, consecrated in the biblical tradition, of paternity and maternity as the distinct vocation of man and woman in marriage is being banished from the public conscience.

21. We call on all to respect the inalienable right to life. Millions are denied the very right to be born into the world. The blood of the unborn cries out to God (cf. Gen 4:10).

22. Today, in a particular way, we address young Christians. You, young people, have the task of not hiding your talent in the ground (cf. Mt 25:25), but of using all the abilities God has given you to confirm Christ’s truth in the world, incarnating in your own lives the evangelical commandments of the love of God and of one’s neighbour. Do not be afraid of going against the current, defending God’s truth, to which contemporary secular norms are often far from conforming.

24. Orthodox and Catholics are united not only by the shared Tradition of the Church of the first millennium, but also by the mission to preach the Gospel of Christ in the world today. This mission entails mutual respect for members of the Christian communities and excludes any form of proselytism.

We are not competitors but brothers, and this concept must guide all our mutual actions as well as those directed to the outside world. We urge Catholics and Orthodox in all countries to learn to live together in peace and love, and to be “in harmony with one another” (Rm 15:5). Consequently, it cannot be accepted that disloyal means be used to incite believers to pass from one Church to another, denying them their religious freedom and their traditions. We are called upon to put into practice the precept of the apostle Paul: “Thus I aspire to proclaim the gospel not where Christ has already been named, so that I do not build on another’s foundation” (Rm 15:20).

25. It is our hope that our meeting may also contribute to reconciliation wherever tensions exist between Greek Catholics and Orthodox. It is today clear that the past method of “uniatism”, understood as the union of one community to the other, separating it from its Church, is not the way to re–establish unity. Nonetheless, the ecclesial communities which emerged in these historical circumstances have the right to exist and to undertake all that is necessary to meet the spiritual needs of their faithful, while seeking to live in peace with their neighbours. Orthodox and Greek Catholics are in need of reconciliation and of mutually acceptable forms of co–existence.

28. In the contemporary world, which is both multiform yet united by a shared destiny, Catholics and Orthodox are called to work together fraternally in proclaiming the Good News of salvation, to testify together to the moral dignity and authentic freedom of the person, “so that the world may believe” (Jn 17:21). This world, in which the spiritual pillars of human existence are progressively disappearing, awaits from us a compelling Christian witness in all spheres of personal and social life. Much of the future of humanity will depend on our capacity to give shared witness to the Spirit of truth in these difficult times.

29. May our bold witness to God’s truth and to the Good News of salvation be sustained by the Man–God Jesus Christ, our Lord and Saviour, who strengthens us with the unfailing promise: “Do not be afraid any longer, little flock, for your Father is pleased to give you the kingdom” (Lk 12:32)!

Christ is the well–spring of joy and hope. Faith in Him transfigures human life, fills it with meaning. This is the conviction borne of the experience of all those to whom Peter refers in his words: “Once you were ‘no people’ but now you are God’s people; you ‘had not received mercy’ but now you have received mercy” (1 Pet 2:10).

30. With grace–filled gratitude for the gift of mutual understanding manifested during our meeting, let us with hope turn to the Most Holy Mother of God, invoking her with the words of this ancient prayer: “We seek refuge under the protection of your mercy, Holy Mother of God”. May the Blessed Virgin Mary, through her intercession, inspire fraternity in all those who venerate her, so that they may be reunited, in God’s own time, in the peace and harmony of the one people of God, for the glory of the Most Holy and indivisible Trinity! 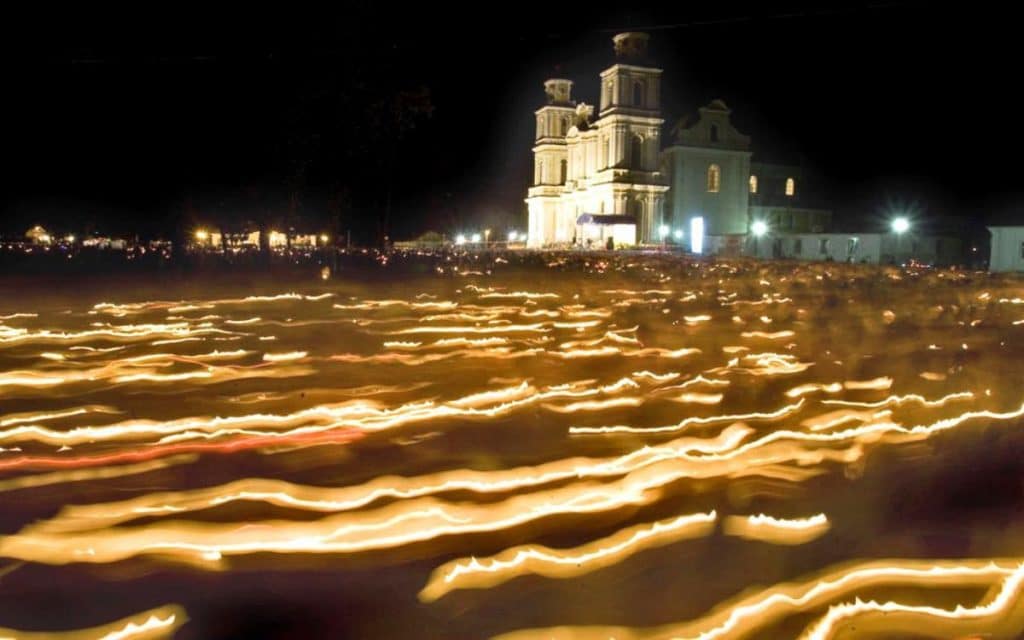 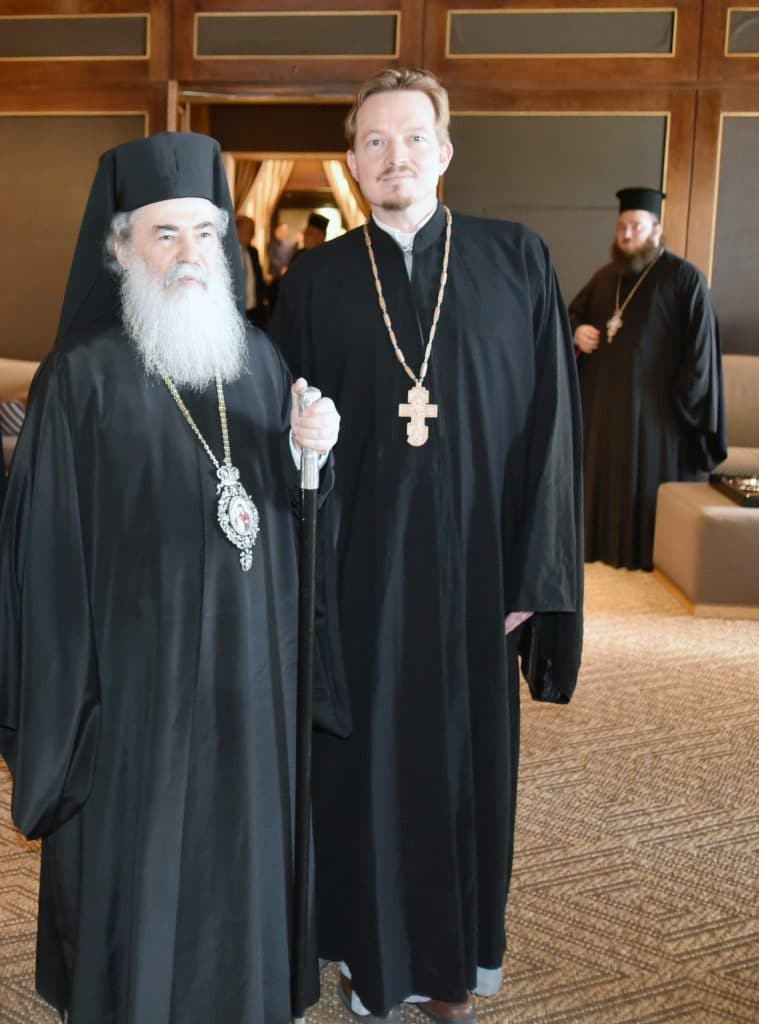 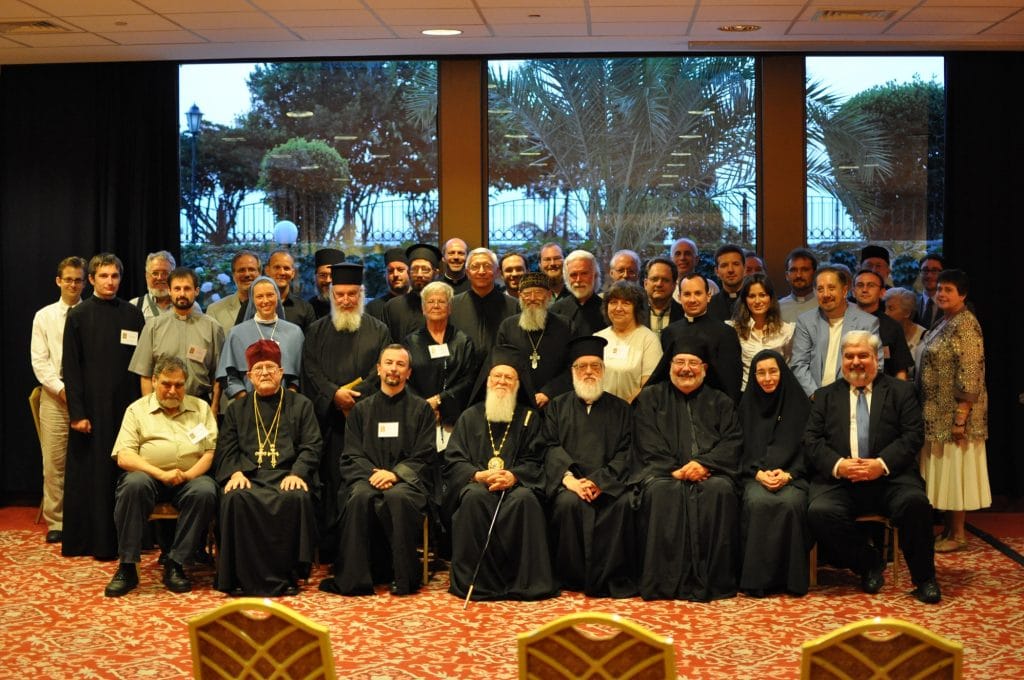 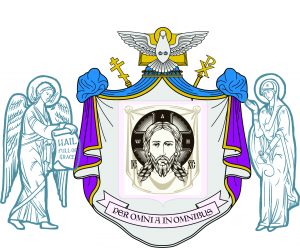